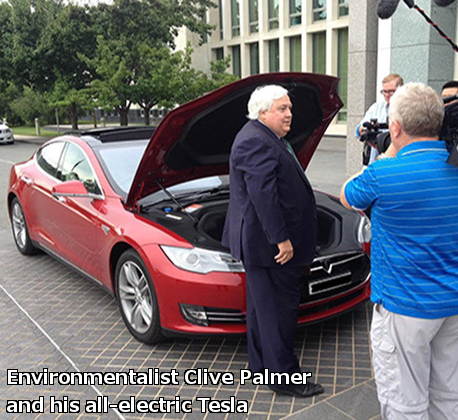 An Australian expert has raised the idea of imposing national standards on electric vehicles, despite the country barely having any.

Monash University’s Professor Stephen King – from the Department of Economics – says electric vehicles will stay at their current lows unless standards are put in place across Australia.

Dr King argues that hybrid vehicles already fit in well enough with their full-petrol predecessors, but fully electric cars are a different case.

“Standards will be a key to the success or failure of all-electric vehicles,” he said.

“All electric vehicles will only push out traditional petrol cars if they have a longer range and can access a network of recharging stations.

“Unfortunately, building a network of recharging stations is an expensive up-front investment,” Dr King wrote in a recent article for The Conversation.

“It is only useful (or profitable) to build a network of recharging stations if they are compatible with a wide range of electric vehicles and there are enough of these vehicles in use.”

Dr King sees the challenges of standard-setting in two main ways; those posed by government-imposed standards and the risks of letting the market sort itself out.

“A government can simply mandate a particular standard and require that manufacturers selling in their country use that standard,” he writes.

“That solution can lead to a uniform standard if other countries follow. However, governments can easily choose standards that turn out not to be the best for manufacturers or consumers. And if the rest of the world does not follow the lead country then it can be left behind.”

“First, there is waste as consumers get stuck with the ‘wrong’ product that becomes obsolete,” Dr King says.

“Do you or your parents have a Betamax video player sitting in a broom closet somewhere?”

“Second, it can lead to good products failing, as consumers wait to see which standard wins before they are willing to buy any product.

“Third, the winner may not be the best standard.”

It is possible that an international electric vehicle standard-setting group may be formed, with members from all the different manufacturers.

The economist says this option is the one most likely to work in the real world.

“Government could facilitate a manufacturer-based standard-setting organisation that includes the major producers of electric vehicles such as Tesla, BMW, Honda and GM.

“This approach may not lead to the best standard. It may lead to potential abuse of market power and future competition cases. But the manufacturers themselves have the greatest interest in quickly developing a global standard for recharging.

“This will mean they can sell more electric vehicles and make more profit. And this is a situation where the profits of the makers of electric cars, the interests of the public in more usable electric cars, and a better environment, are all aligned.”

Clearly, there is no easy pick for the best way to set standards for recharging stations and electric vehicles, but as the technology grows, so will the need for some level of agreement.

Without a broad standard, Australia could end up repeating its past choices on railway gauges, which has led to an incompatible set of tracks between each state and will continue to cause delays and hold back potential indefinitely.