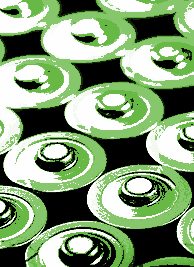 A new peak body has been set up to represent the interests of the energy storage sector in Australia.

As a key part of future power systems, large-scale energy storage in Australia needs to stay on par with international moves, the new CEO of the Energy Storage Council says.

The Energy Storage Council will be chaired by John Grimes, who is also CEO of the Australian Solar Council.

The Energy Storage Council was created by the Australian Solar Council to show the importance of energy storage technologies as a separate industry, but one which is inextricably linked to the future of renewable supplies.

Solar, wind and wave power facilities are dependent on the fickle shifts of weather conditions for electricity, and Mr Grimes says enhanced storage technologies are needed to prop up supplies when Nature is not providing.

“The time is right for this organisation to be developed in its own right and it will be guided by its membership and the needs of the energy storage sector beyond solar applications,” he said.

The Australian Energy Storage Council sees the creation of industry standards and protocols for incorporating energy storage into the grid as one of its vital roles at the outset, as part of efforts to ensure that the Australian energy utilities remains abreast of the latest technological developments.

“It is important that energy utilities engage with energy storage sooner rather than later,” Grimes said.

“Too often the energy sector ignores emerging technology trends and is blindsided when they are deployed widely.”