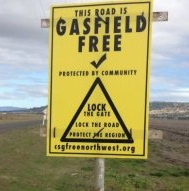 A quietly introduced piece of mining legislation has created concern from communities in Victoria.

An overhaul of the state’s mineral laws has included moves to make it impossible for mining exemption applications to go ahead unless the site in question is also surveyed for its mining potential.

The change means communities that wish to keep developments out of their regions will prompt the surveys that encourage mining projects.

Victorian Energy Minister Nick Kotsiras says the Mineral Resources Act is being changed so does not miss out on potentially profitable opportunities.

“This will provide greater consideration of mineral resources before precluding potentially mineral-rich land from future development,” he said.

The move comes as some communities aim to use existing laws to head-off developments moving towards their backyards, by applying for pre-emptive exclusion zones.

Lock the Gate Victorian co-ordinator Chloe Aldenhoven said the changes can only work against the wishes of the community, in favour of mining company desires.

“The government is trying to create roadblocks for communities that are demanding their voices be heard and who want an exemption for their area for a mining or exploration licence.”

She also said the changing of priorities in favour of miners puts other uses of land and water supplies at risk.

Mr Kotsiras said it was a move toward transparency, as previous laws did not require a minister to give any reason for approving an exemption.