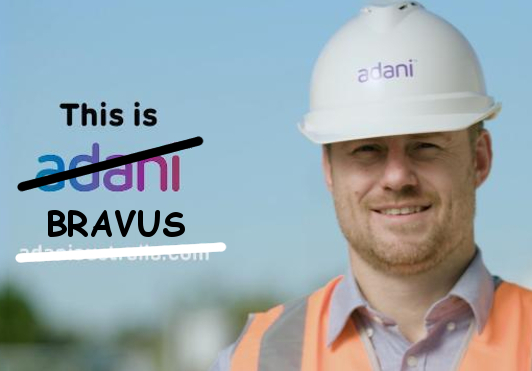 Adani Mining is changing its name to Bravus.

Adani says it is not becoming Bravus Mining and Resources because the brand has been compromised by the controversy surrounding its proposed Carmichael coal mine.

“We are motivated by how we feel the organisation is transitioning and for what we represent and, as you know, the Adani mining brand has changed in the 10 years from when we started to where we are today,” Bravus chief executive David Boshof said this week.

‘Bravus’ is the Latin word for brave, Mr Boshof said.

Latin language expert Dr Christopher Bishop from the Australian National University says it does not mean what the company says it means.

“They are wrong,” he told the Guardian.

Dr Bishop said most translations of “bravus” would have negative connotations.

“It is sort of a Monty Python-Latin… It is that classic joke where you chuck an ‘-us’ on to the end of anything and call it Latin.”

Dr Bishop said the closest relative to “bravus” was the medieval Latin word “bravo” – a noun meaning a “mercenary”, “assassin” or “sword for hire”.

“As far as I know, it [bravus] is an unattested medieval word,” he said.

“You have ‘bravo’ – meaning a mercenary, a sword for hire, a tough guy. Which is probably not what they want to associate with. The closest Adani could get is it could have meant ‘boldness’. But it is a pretty militant boldness.”

Prof Tim Parkin from the University of Melbourne said the only entry he could for “bravus” in a dictionary of medieval Latin; “Tends to be used of someone who is villainous… a crook, or a bandit, or a cut-throat.”