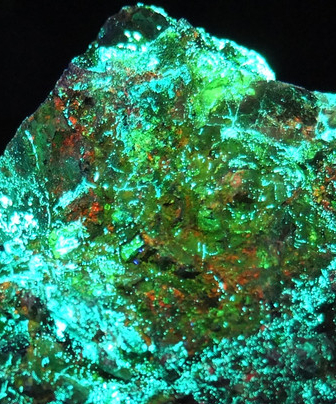 The WA Government has banned uranium mining, but will allow four projects that have approval to proceed.

Toro's Wiluna project is the oldest of the four, being approved back in 2012, while Mulga Rock received approval in late 2016.

Cameco’s Yeelirrie mine failed to pass EPA approval the first time round, after authorities found it posed a threat to microscopic stygofauna present at the site.

But those concerns were brushed away when former state development minister Bill Marmion overruled the EPA earlier this year.

Current Mines and Petroleum Minister Bill Johnston said there may have been major payouts if the state tried to stop the projects.

“Effectively we were told there may be no limit to the amount of compensation that is potentially payable,” Mr Johnston said.

“There's certainly potentially large risks to the state had we tried to set aside the existing approvals.”

A historic slump in the global uranium price has prevented mining from starting at any of the four sites.

Cameco says it has already spent over $1 billion on its two projects to date, but is unsure when they will become commercially viable.

The ministerial approvals are valid for five years, and the Government will consider “fresh decision” if the companies seek to renew their approval.

“Ideally we would prefer that the WA Labor Government fully reserved its policy of not allowing any uranium mines” the chamber’s natural resource manager Kane Moyle says.

“These four projects have undergone an extensive environmental approval process over many years, a lot of work has gone into that, a lot of investment and they deserve the right to proceed.

“The development of a uranium industry in WA will no doubt broaden the state's resource export base, contribute future growth to the WA economy through royalties and provide future jobs and opportunities as these projects move through the construction and then mining phase.”

Colin Barnett lifted a previous ban on uranium mining after the 2008 election, which the new Labor government has now re-imposed.

“We've got an industry where on the one hand you've got four projects that can proceed and on the other hand anybody else who wants to invest in that particular sector and grow jobs in Western Australia can't do so.”

The Association of Mining & Exploration Companies Inc (AMEC) said; “Each new mine will bring jobs, revenue, royalties and social benefits to Western Australia”.