Nuclear refinement could be industrial goldmine 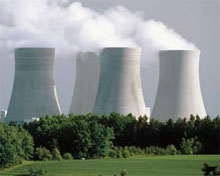 With eyes around the world looking for new ways to end the global reliance on oil and coal, many are beginning to focus on the embattled but still solid source; uranium.

Experts have quantified the contribution that a nuclear industry could bring to an Australian state, with South Australia as an example. SA is a major base for Australia’s minimal nuclear industry, featuring the three of the four domestic uranium mines. Adelaide-based researchers have found that building a uranium enrichment industry would bring around $4 billion in construction investment alone.

A study from the University College London, Australian division, has found an enrichment plant would add value to current uranium operations and prompt the development of more. It also claims there would be great benefits to Australia’s energy security.

“If you are going to be serious in decarbonising electricity to remove coal from the energy mix, I believe nuclear processes should be the only realistic option,” the professor says, “but there could be other benefits for Australia in terms of economic growth and energy security. Nuclear could address all three parts of this trilema quite nicely.”

Australia’s uranium abundance is not particularly well-known; the country in fact harbours about 30 per cent of the world's high-grade reserves. The UCL paper has not yet been published, but is expected soon.