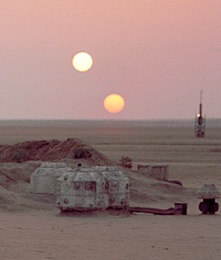 Cambridge researchers have gone back to the drawing board for solar cells, looking to redesign the entire system to allow better efficiency with cheaper materials.

The team is working on a system using quantum mechanics and infrared light to create a considerably less wasteful solar power generator than ever before.

The new approach is based on the ‘singlet’ state of electrons, which can be exploited to generate double the energy of the traditional ‘triplet’ arrangement.

In their singlet state electrons can be split into a pair of half-energy excitations, rather than a version.

Still in its extremely early days, the central theories of researchers’ new design have been tested and reported in a new study in the journal Nature Chemistry.

The paper shows that the process of singlet fission into pairs of triplets depends very sensitively on the interactions between molecules. It is possible to control specifically when the process is becomes active, by studying the molecules in solution.

Researchers have found the fission process happens as soon as just two of the molecules are in contact. Singlet fission is also remarkably efficient - meaning every photon produces two triplets.

The study into some of the fundamental interactions of electrons should allow chemists to work on new materials for larger-scale tests, and eventually a completely new device, the Cambridge team said.

“We began by going back to fundamentals; looking at the solar energy challenge from a blue skies perspective,” said Dr Brian Walker, a research fellow in the Cavendish Lab's Optoelectronics group, who led the study.

“Singlet fission offers a route to boosting solar cell efficiency using low-cost materials. We are only beginning to understand how this process works, and as we learn more we expect improvements in the technology to follow.”

More information is available in the full report.