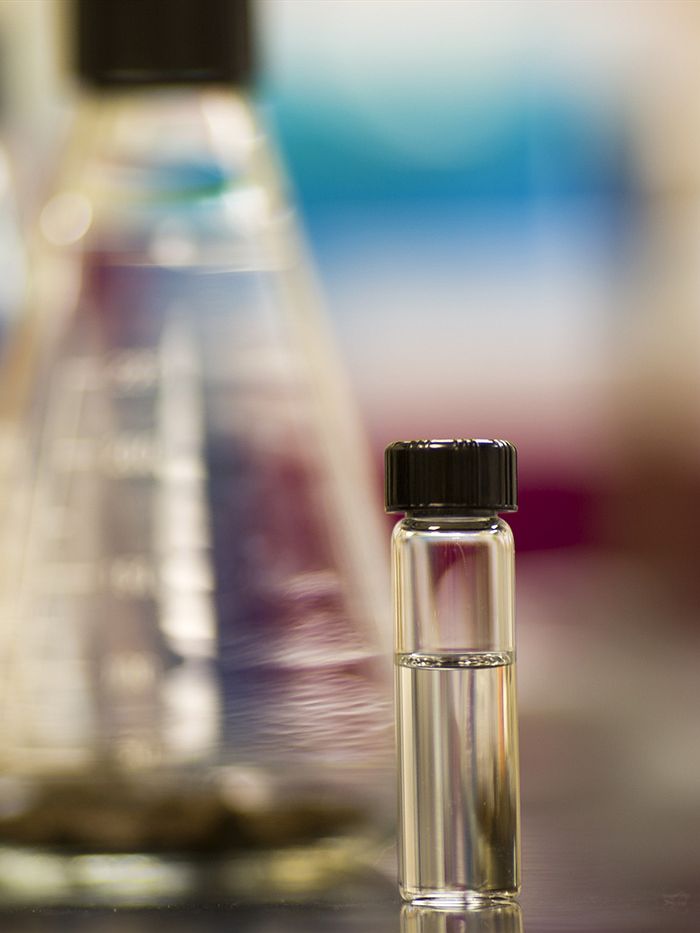 Researchers in the United States have used microbes to achieve the highest rate yet in the conversion of plant material into biofuel.

A team of scientists have paired up two unlikely bedfellows – a fungus and a bacterium – to produce top-grade biofuel from masses of agricultural waste. The fungus Trichoderma reesei and Escherichia coli bacteria came together to help the team produce 1.88 grams of the biofuel isobutanol per litre of fluid – the highest conversion rate yet.

Isobutanol was selected over the more common ethanol because it is known to give off 82 per cent of the heat energy of petrol when burned, as opposed to ethanol’s 67 per cent. Isobutanol also does not absorb water, which can lead to corrosion of pipelines and engine components.

A significant breakthrough was the decision to combine techniques for boosting efficiency.

“Previously people have tried to engineer one microbial species or strain to do all of these things including biomass degradation and the fermentation for making the fuel molecules, and this has turned out to be really difficult,” says Professor Xiaoxia Nina Lin, assistant professor at the University of Michigan's chemical engineering department, “it's actually not surprising because what you want to do here are very different things so they happen in different organisms naturally but if you want to have them appear in the same organism, it is very hard to engineer.”

The team was not afraid to let one microbe cheat to get the results they needed.

“In our system, we have one microbe depending on the other for making the food sugars, but then the other one, what we call the cheater one, actually doesn't do anything for the co-operator,” Ms Lin said, “we rely on the second one to make the fuels, but in the system itself, it's actually acting like a cheater by taking away the food which was made by the first guy.”

The report is available from the US National Academy of Sciences.