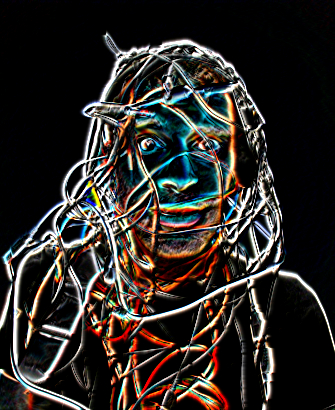 Researchers may be able to get more life out of perennial copper wiring, with a project to both store and conduct electricity within a single cable.

American nanotechnology scientist and professor Jayan Thomas and his PhD student Zenan Yu have developed a way to transmit and store electricity in a single lightweight copper wire, and it has been featured in an upcoming issue of the material science journal Advanced Materials.

There are plenty of applications for the improved cabling design, including in electrical vehicles, space-launch vehicles and portable electronic devices.

By storing and conducting energy on the same wire, space-consuming and heavy batteries could become a thing of the past.

The team began with a single copper wire, on which they grew a layer of ‘nanowhiskers’.

The whiskers were treated with a special alloy, which created an electrode. Two electrodes are needed for energy storage, so they had to figure out a way to create a second.

Because, of the insulation the nanowhisker layer provides, the inner copper wire can retain its ability to channel electricity while the layers around the wire independently store power.

In other words, Thomas and his team created a supercapacitor on the outside of a copper wire.

The team said the technique should be transferable to other types of materials, which could lead to specially-treated clothing fibres to turn clothing into batteries.

Among their plans, they say if flexible solar cells and these fibres were used in tandem to make a jacket, it could be used independently to power electronic gadgets and other devices.

“We take it step by step. I love getting to the lab every day, and seeing what we can come up with next. Sometimes things don't work out, but even those failures teach us a lot of things.”