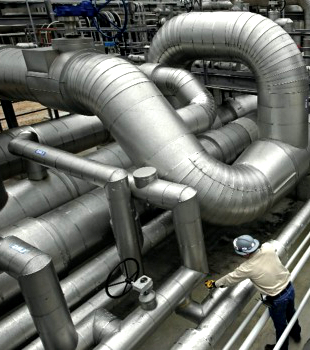 The energy company wants to replace its 50-year-old Torrens Island A unit, which is currently used only on days of very high demand.

The station will be known as the Barker Inlet Power Station, and construction is set to start in October.

“We are delighted that we are now able to confirm that Barker Inlet Power Station will be developed, improving reliability and security of supply in South Australia using modern responsive technology that is more efficient and less carbon intensive than the pre-existing plant,” he said.

“Having AGL announce that it is going to build a new power station here in South Australia is very positive but the Government said that would never happen so clearly the Government's plan is flawed from the start,” he said.

Energy economist Danny Price said AGL's plans would not clash with the Government’s.

“Remember of course that what AGL is doing is replacing an existing power station, so there won't be a net increase in the capacity in the market,” he said.

“So we've still got a shortage of secure capacity, so that power station just sits there to make sure customers aren't turned off.”